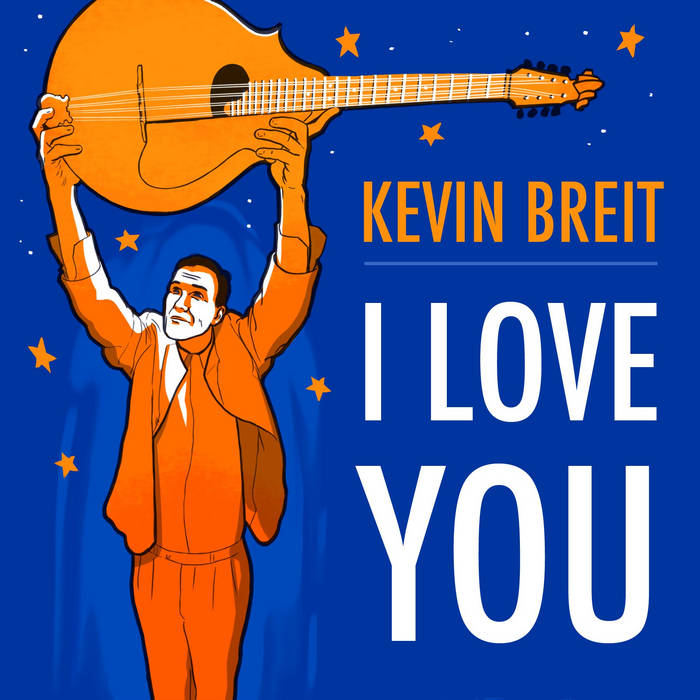 tuthwmn We get to enjoy the result of this creative genius's works of auditory art! His style is unique and addictive. The more you listen the more you want! Thanks Kevin Breit....

hilaryintoronto So original, so musical, beautifully crafted; generous with a strong centre and pulse. Kevin's a unique artist.

"If you triangulate Joni Mitchell, Hank Snow, and Mary Gauthier, you might find yourself at the haunting, slightly surreal fair ground of “I Love You.” It’s out near the Boulevard of Broken Dreams. This is where the ever-daring, Kevin Breit, on mandolin, and a troupe of extraordinary vocalists are performing an album-full of beautiful songs by an array of gifted songwriters. Stop. Listen. “I Love You” is a gorgeous carnival."
~David Macfarlane

"Kevin Breit has claimed the mandolin back from Bluegrass, and returned it to the world of pop music. From "Eleanor Rigby to "Sign O' The Times," he's newly arranged songs both light and heavy, fun and funky, all with unique and exotic chords and flourishes. Like Ry Cooder and Van Dyke Parks, Breit has created his own genre, one that can handle jazz, blues, old-time, country and rock, and sound like no one else ever has." ~ Bob Mersereau

"There’s an evident collaborative bonus to this, as if Kevin’s drawn about him a repertory troupe. This is a real triumph in that regard.
Breit deserves all the support of a significant artist." ~Van Dyke Parks

"I Love You by Kevin Breit: This isn’t an album, it’s a telethon. In support of the humble mandolin, Ontario’s prolific Kevin Breit assembled a small battalion of guest singers for an adventurous covers record of 30 tracks that explore the possibilities of the eight-stringed instrument and songs written by everyone from Joni Mitchell to Joao Gilberto to Prince to Hank Snow to Patti Smith to Hawksley Workman. This disc gives and gives."
~Brad Wheeler Globe and Mail

All songs were used by permission.

Here it is in a nutshell. I am Canadian and I apologize a lot. Sometimes for things I did not break or did not say. I guess what matters most here is that I love making music and I am strictly unapologetic for what I make available for you here. Sorry.

Bandcamp Daily  your guide to the world of Bandcamp