by Kevin Breit and the Upper York Mandolin Orchestra 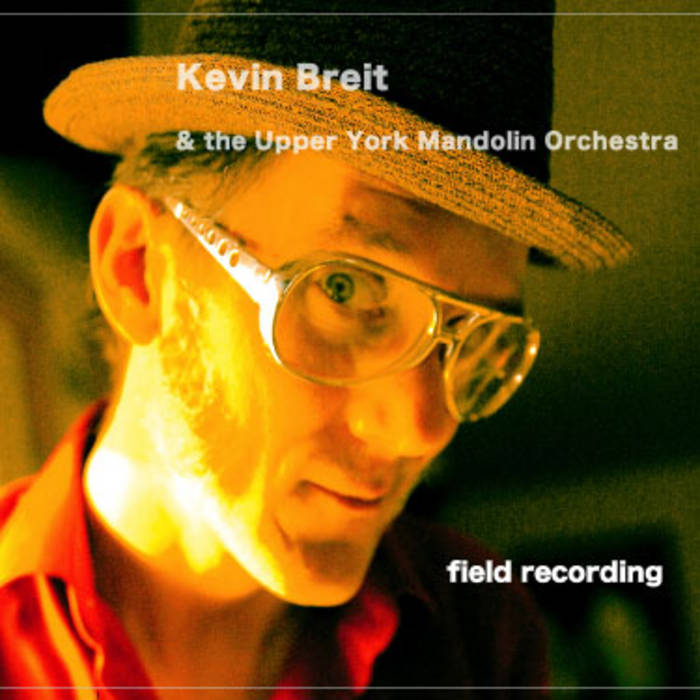 In other hands the sound could well have been monotonous but Breit and band along with producer Thomas Dooley III, get every little bit of variation in sound out of the instruments without having to process anything, such is the expertise on display on these eleven diverse Breit penned songs that contain varied tempos and  themes.
America Roots UK

The vocal performance and progression in each song gives the songs a complete twist to what you might be expecting on a mandolin Orchestra album. Kevin surely makes this album stand out in comparison to what you might listen in your everyday life.
Kingston Music Review

Breit manages the seemingly incongruous, material that sounds familiar yet utterly unlike anything else, and the results are endlessly fascinating. It's brainy and challenging but packs a powerful emotional punch.
Not for everyday listening, perhaps, but there's a glimpse of genius at work here, and it's well worth checking out.  Recommended!
John Taylor Blinded By Sound

Here it is in a nutshell. I am Canadian and I apologize a lot. Sometimes for things I did not break or did not say. I guess what matters most here is that I love making music and I am strictly unapologetic for what I make available for you here. Sorry.

Bandcamp Daily  your guide to the world of Bandcamp